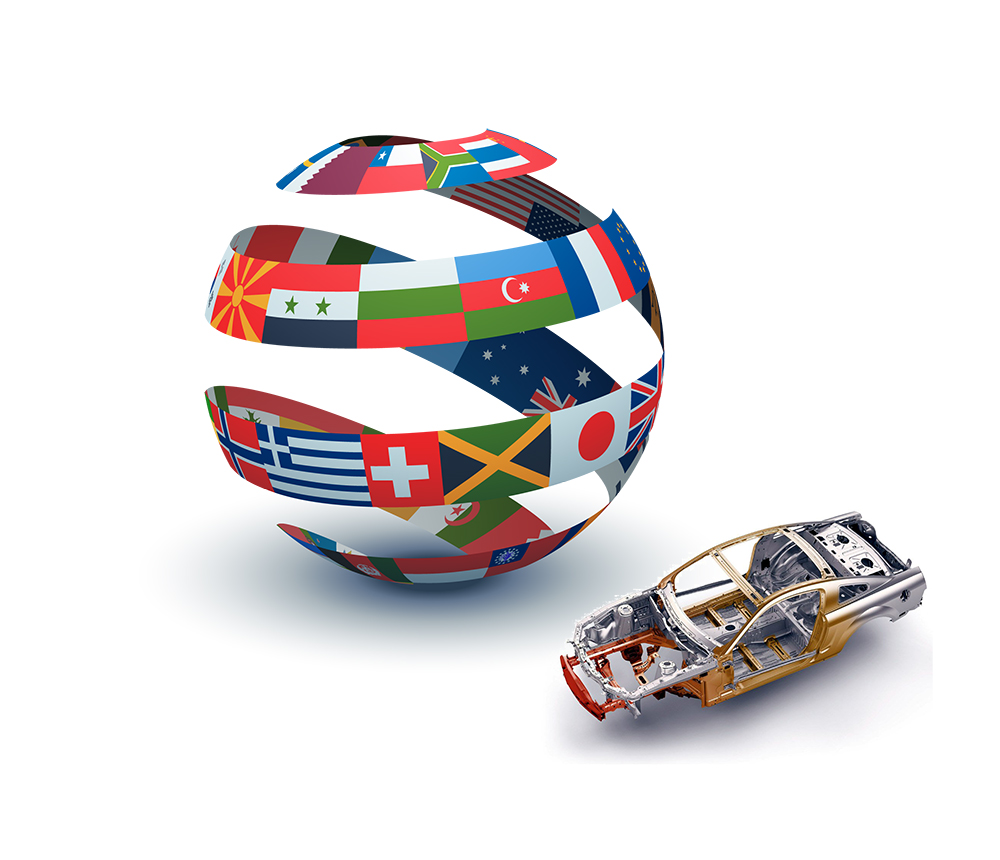 Finally! I had the time to evaluate the global automobile production figures for 2012. 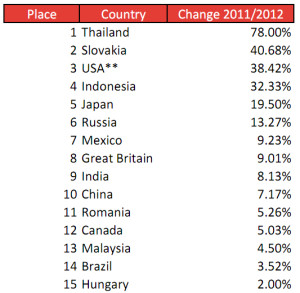 While most countries, especially Europe suffered from decreasing demand, just 15 countries managed to increase their production output (Ranking List to your right). The Top 5 Countries in terms of increasing car production were Thailand with 78% (Place 1), followed by Slovakia with 40.68% (Place 2), USA with 38.42% (Place 3), Indonesia with 32.33% (Place 4) and Japan with 19.50% (Place 5).

Despite a revival in the US and strong sales in China, the global automobile industry is looking at less than half the growth it totted up in 2012 in the new year. According to various estimates, the global auto industry is likely to tot up just over 2% growth in 2013, compared to just short of 5% growth in 2012. With Europe still in the doldrums and many of the BRIC markets are struggling, the new year isn’t likely to hit top gear in a hurry, say industry experts.

Auto experts say Europe’s travails are far from over and it will likely slide even further, down from just under 19 million cars in 2012 to just over 18 million in 2013.

If you look at the numbers by region, only NAFTA and ASIA were able to continue a positive trend as below graph shows.

In order to get a clear picture about the countries performance, i evaluated and compared the production figures from 2010 to 2012 by country.

You can download the full statistic after Registering for free…

The downloadable file is an excel sheet and includes all production figures by country as well as performance charts.

Be the first to comment “Global Automobile Production 2012” Cancel reply