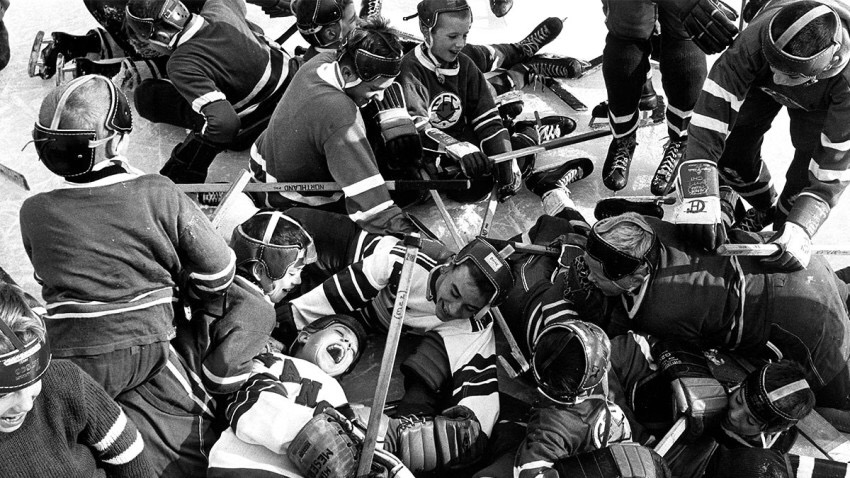 When Bain & Company asked senior executives from 308 large companies how they form teams for their most important initiatives, most told us they assemble teams based on whoever is available. Only a small minority indicated that they consistently create all-star teams, comprised of their very best talent, to tackle their company’s highest-priority issues. This is an enormous missed opportunity: we found that the best companies are more than 25% more productive than the rest due to the way they deploy, team and lead scarce, difference-making talent.
Here’s what our research shows:
The best talent is significantly more productive than the rest. Most of us know from experience that our best players are much better than our average teammates. But we may not fully recognize just how much better they are.
For creative or highly unstructured work, the best can be 8 to 12 times as productive as the average. The best software developer at Apple, for example, writes nine times more useable code each day than the average software engineer in Silicon Valley. But even for routine or highly repetitive work, the difference in productivity can be significant. The best fish butcher at Le Bernardin restaurant in New York can butcher three times as much fish per hour as the average prep cook in Manhattan.
The best can do more – and do it better – than the rest. Therefore, the more stars in an organization, the more productive it will be.
Teaming great talent together acts as a force multiplier; increasing productivity geometrically. Teaming people with different skills and perspectives together almost always produces more output than the sum of those individuals acting alone. After all, two heads are almost always better than one. But with star talent, this relationship is more extreme. Indeed, productive power increases geometrically with the percentage of star players on a team. A five-member team, comprised entirely of A-players, can produce 16 times as much output – or the same output in one-sixteenth the time – as the sum of five average players working individually.
Take NASCAR pit crews, for example. For many years, Kyle Busch’s pit crew was considered the very best in NASCAR. His crew is a team of all-stars that trains together year round. Their performance can be objectively assessed. A standard pit in NASCAR involves 73 separate maneuvers, such as changing all four tires or refueling. Busch’s pit crew can complete a standard pit in just 12.12 seconds. It’s remarkable to watch. If you remove one of his crewmen and replace him with an average crewman – say, a tire changer – the time it takes to complete that same pit jumps to more than 23 seconds. Take two out and find average replacements and it increases further – to more than 45 seconds. Essentially, a geometric decline in productivity as the percentage of stars on the crew decreases.
Star talent has an outsized impact on team productivity. The greater the percentage of A-players on a team, the more productive that team will be.
Great leaders further magnify the productivity of extraordinary teams. Not all team leaders are a like – just like not all coaches are alike. Great coaches get better performance out of their teams than mediocre ones. They encourage each member of the team to play his or her position – leveraging other team members – and play to their full potential.
In 2012, the National Bureau of Economic Research studied the impact that great bosses have on team productivity. They found that a great leader (the top 10% in the companies they studied) can increase the productivity of an average team by about 10% – roughly equivalent to adding an additional member to a nine-member team. However, take that same great boss and put them in charge of an all-star team and he or she will increase that team’s productivity by more than 10%. And, keep in mind, the productivity of that all-star team was already significantly higher to begin with.
Great leaders act as a force multiplier on the force multiplier of all-star teams.
So what does it take to unleash this productive power in your organization? Our research and experience highlights at least five actions:

1. Track star talent. Creative and ingenious people are rare. In fact, our research suggests that fewer than one in seven employees is a star in most organizations. It is impossible to effectively team, deploy and lead these individuals unless you know who they are, where they are currently deployed, and how able they may be to play new and different roles. Unfortunately, most HR systems fail to provide leaders with this vital information. They may identify stars, but fail to track where they are deployed. They may track deployment, but miss opportunities to better allocate them to new roles and teams. Finally, the approach companies use to identify A-players – i.e., some combination of “high performance” and “high potential” – are typically so subjective that they fail to reliably separate a company’s star employees from those who are merely good enough.
The best-performing companies treat difference-making talent as a scarce resource. They track it carefully and make sure that it is consistently put to its highest-value and best use.
2. Assemble all-star teams. Most companies seek to form balanced teams, teams comprised of subject matter experts, or teams based on who happens to be available. This is true for routine work as well as mission-critical initiatives. This balanced approach may seem fair, even admirable, but it fails to capitalize on the force multiplier associated with all-star teams and great bosses. In short, most teams are assembled in ways that virtually ensures average performance.
The best performing companies are nine times as likely as the rest to assemble all-star teams when confronted with a mission-critical initiative. When the US Government located Osama bin Laden in Pakistan in 2011, it didn’t assemble a “balanced team” of soldiers to take him out. It sent its very best team of Navy SEALs. Likewise, when something vitally important needs to get done in business, the best companies assemble all-star teams to complete the mission.
3. Target mission-critical initiatives. Not all efforts are equally important. Some issues must be addressed quickly and effectively, in order to sustain or extend a company’s strategic position. Many companies are reluctant to call out these efforts as higher priority – fearing that individuals who are not working on them may feel slighted. But the cost associated with treating every effort equally is that mission-critical efforts get shortchanged for resources.
The best companies have systematic processes for identifying their highest value-at-stake and most urgent issues. As a result, these issues receive special attention. They get more time from senior management. They get the very best teams to ensure that they are tackled effectively.
4. Remove obstacles to effective teaming. Organizations frequently create obstacles to effective teaming. For example, many companies have compensation systems that disproportionately reward individual performance, even for team-based achievements. They may have stacked-ranking systems that force a bell-curve distribution of performance across all members of a team – ensuring that only a few receive a favorable performance evaluation. These systems create a “market mechanism” that actively discourages A-players from teaming with other A-players, or risk having their pay docked. Many companies – namely Microsoft, GE, Amazon and others – have discontinued the use of stacked ranking.
The best companies recognize that great work is most often done by teams, not individuals. Accordingly, these companies weigh team performance as much as (or more than) individual performance in determining compensation, professional development, or career advancement. As a result, these organizations capitalize on the full force multiplier created by extraordinary teams.
5. Manage team member egos. Perhaps the biggest factor limiting the deployment of all-star teams is the belief that “egos will get in the way of team effectiveness.” While there are certainly situations where this is true, the best companies don’t give up on forming all-star teams. Instead, these companies find ways to manage team member egos.
The primary vehicle for managing individual egos is to make team success essential for individual success. When the so-called “Dream Team” took home the gold medal at the Barcelona Olympic Games in 1992, the egos of NBA all-star team members were kept in check by the fact that no one team member could take home the gold unless the entire team was successful. This allowed bitter rivals to compete together victoriously as a team. Similar mechanisms can be put in place in the business world to keep team member egos in check.
Extraordinary teams offer the potential for exceptional productivity and performance. Sadly, most companies fail to realize this potential. They treat the teaming of scarce star talent as an afterthought – or follow outmoded practices for assembling teams. The best companies take a far more disciplined and rigorous approach – particularly with respect to teaming their very best talent. They aren’t afraid to assemble all-star teams to tackle mission-critical initiatives. And they reward team performance commensurately.
Source:https://hbr.org/2017/06/how-to-manage-a-team-of-all-stars