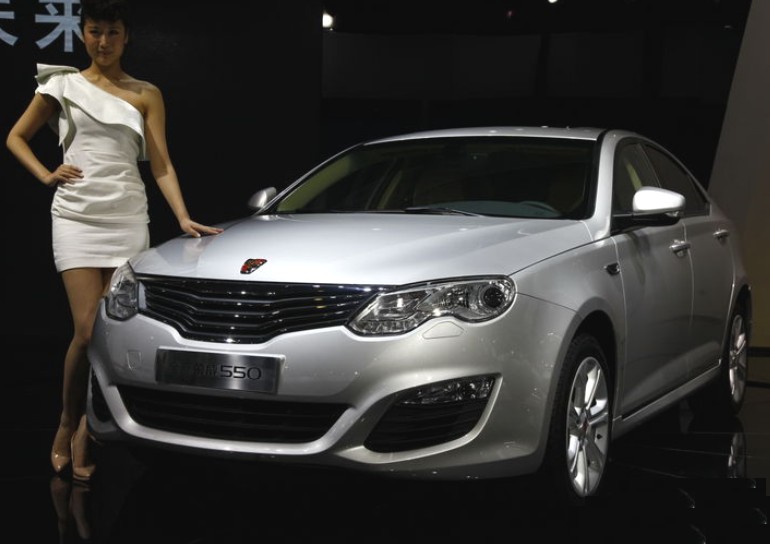 The face lifted Roewe 550 debuted on the Shanghai Auto Show in near-total darkness. What is, Roewe trying to hide? The facelift has done well to the old 550, making sure it can continue at least another two years. Biggest changes are up front with a new grille, headlights and bumper.

The face lifted Roewe 550 has been a slow comin’. We saw the very first spy shots in… November 2011. Since then we saw various prototypes testing around, and in August last year we met a completely-ready example in the Shanghai subway. The patent drawings came through in late January of this year, and now it is finally official.

Boney ass. The face lifted Roewe 550 will be launched on the Chinese market in the second half of this year. Price will range from 100.000 to 190.000 yuan. Engines: 1.8 with 133hp and 1.8 turbo with 160hp. Gearbox: the current 5-speed manual continues but the old 5-speed automatic will not return. Instead there will be a new 6-speed DCT that was developed with GM.

Below you my summary of Roewe and personal rating for the Shanghai Autoshow 2013: