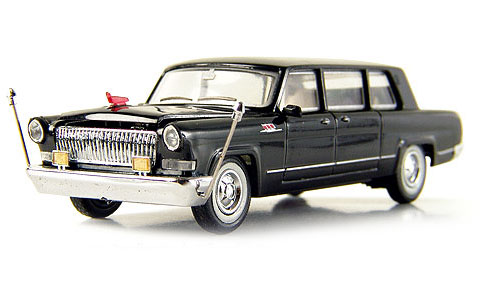 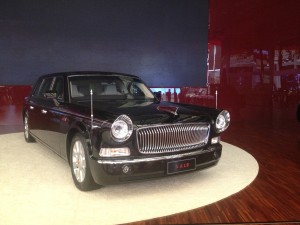 range of models at the Shanghai motor show, where it displayed the three-strong Hongqi L9, L7 and L5 line-up.

Hongqi, which translates as Red Flag, is owned by mainstream car maker FAW. The firm made luxury cars popular among high-ranking Communist Party officials in the 1950s to 1980s, but subsequently stopped making cars until being revived by new owners.

The range-topping L9 is well known for being the most expensive Chinese car on sale, costing around 1.1  million euros and is reputedly 6395mm long, although officials could not confirm this or further technical details to Autocar.

The cars’ popularity among the country’s rulers - including taking a starring role in parades to celebrate the 60th anniversary of the Peoples Republic of China in 2010 – has led to the firm extending the range across new, smaller models.

The L7, which is reputedly 6095mm long, was launched last year and has now be joined by the smaller L5 model, which reports suggest is around 5500mm long.

The L7 matches the long wheelbase Rolls-Royce Phantom for length. The L5 is expected to be slightly shorter than a Bentley Mulsanne. While both the L9 and L7 are powered by a V12 engine with between 400 and 500bhp, no powertrain details were available for the L5.

Below you may find a summary of Hong Qi and my personal rating from the Shanghai Autoshow 2013: