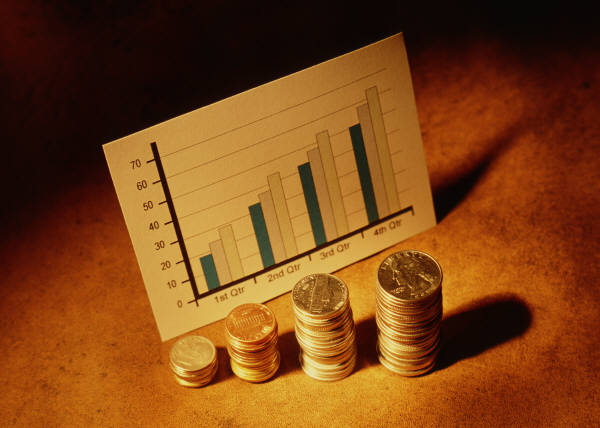 The year-over-year growth rate of an investment over a specified period of time. The compound annual growth rate is calculated by taking the nth root of the total percentage growth rate, where n is the number of years in the period being considered.
This can be written as follows:

Thus, your CAGR for your three-year investment is equal to 24.93%, representing the smoothed annualized gain you earned over your investment time horizon.

Go further with your knowledge of CAGR.

Compound Annual Growth Rate: What You Should Know

Compound annual growth rate, or CAGR, is a term used when investment advisors tout their market savvy and funds promote their returns. But what does it really show? This article will define CAGR and discuss its good and bad points.

CAGR Defined
The CAGR is a mathematical formula that provides a “smoothed” rate of return. It is really a pro forma number that tells you what an investment yields on an annually compounded basis; it indicates to investors what they really have at the end of the investment period. For example, let’s assume you invested $1,000 at the beginning of 1999 and by year-end your investment was worth $3,000, a 200% return. The next year, the market corrected, and you lost 50% and ended up with $1,500 at year-end 2000.

To calculate the CAGR you take the nth root of the total return, where “n” is the number of years you held the investment. In this example, you take the square root (because your investment was for two years) of 50% (the total return for the period) and get a CAGR of 22.5%. Table 1 illustrates the annual returns, CAGR, and average annual return of this hypothetical portfolio. The lower portion of the table illustrates how applying the CAGR gives the number that equates the ending value of the initial investment.

Figure 1 is a graphical representation of Table 1 and illustrates the smoothing effect of the CAGR. Notice how the lines vary but the ending value is the same.

The Good
CAGR is the best formula for evaluating how different investments have performed over time. Investors can compare the CAGR in order to evaluate how well one stock performed against other stocks in a peer group or against a market index. The CAGR can also be used to compare the historical returns of stocks to bonds or a savings account.

The Bad
When using the CAGR, it is important to remember two things: the CAGR does not reflect investment risk, and you must use the same time periods.

Investment returns are volatile, meaning they can vary significantly from one year to another, and CAGR does not reflect volatility. CAGR is a pro forma number that provides a “smoothed” annual yield, so it can give the illusion that there is a steady growth rate even when the value of the underlying investment can vary significantly. This volatility, or investment risk, is important to consider when making investment decisions.

Investment results vary depending on the time periods. For example,company ABC stock had the following price trend over three years:

To demonstrate both CAGR and volatility risk, let’s look at three investment alternatives: a solid blue chip, a risky tech company and the five-year Treasury bond. We will examine the CAGR and average growth rate for each investment (adjusted for dividends and splits) for five years. We will then compare the volatility of these investments by using a statistic called the standard deviation.

The annual returns, CAGR, average annual return, and standard deviation (StDev) of each of the three investments are summarized in Table 2. We will assume that the investments were made at the end of 1996 and that the five-year bond was held to maturity. The market priced the five-year bond to yield 6.21% at the end of 1996, and we show the annual accrued amounts, not the bond’s price. The stock prices are those of the end of the respective years.

The Ugly
Things get ugly when the CAGR is used to promote investment results without incorporating the risk factor. Mutual fund companies emphasize their CAGRs from different time periods in order to get you to invest in their funds, but they rarely incorporate a risk adjustment. It is also important to read the fine print in order to know what time period is being used. Ads can tout a fund’s 20% CAGR in bold type, but the time period used may be from the peak of the last bubble, which has no bearing on the most recent performance.

The Bottom Line
The CAGR is a good and valuable tool to evaluate investment options, but it does not tell the whole story. Investors can analyze investment alternatives by comparing their CAGRs from identical time periods. Investors, however, also need to evaluate the relative investment risk. This requires the use of another measure such as standard deviation.