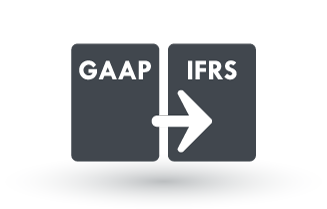 All foreign-invested enterprises in China are required to prepare financial reports at the end of each year using Chinese Accounting Standards (CAS). The objective of a statutory audit is to ensure that companies meet Chinese financial and accounting standards, including proper use of China GAAP.

The CAS framework is based on three standards:

For most of the enterprises established in China, ASBE is generally adopted, which gives it a similar standing to the Generally Accepted Accounting Principles of the United States (U.S. GAAP) and the International Financial Reporting Standards (IFRS) used globally.

The current ASBE, which was released by the Ministry of Finance (MoF) in 2006 and took effect on January 1, 2007, used the IFRS as a reference in order to gradually come closer to international accounting standards. ASBE is composed of a basic standard, which clarifies accounting policies, and 38 specific standards. There have been five official interpretations issued by the MoF to help better implement the new ASBE, with the latest interpretation coming out in November 2012.

Example: Differences in Asset Valuation between CAS, U.S. GAAP and IFRS
In both China and the United States, asset valuations are based on the historical costs of an asset. Revaluation of assets is not permitted in China and allowed only in the case of business combination under U.S. GAAP. However, IFRS allows revaluation on the basis of either historical cost or fair value for valuing assets, and under the fair value method, revaluation must be conducted regularly according to the changes in market value.

The following example about asset valuation illustrates how different accounting rules can result in discrepancies in the presentation of a business’ position, the influence of currency translation aside.

Assume that Company AAA spent RMB1,000 on equipment at the beginning of the year, and on December 31 of the same year, the market price of that equipment had increased by RMB500. The accompanying table shows how the market change would affect the accounting book of the year.

At the end of the year, under the aforementioned conditions, Company AAA would have a RMB100 depreciation expense in their income statement under ASBE and U.S. GAAP, which is a deduction from the net income of the company. By contrast, in accordance with IFRS, Company AAA would have an extra RMB500 of revaluation gain which goes into its other comprehensive income.

Be the first to comment “China GAAP vs. U.S. GAAP and IFRS” Cancel reply