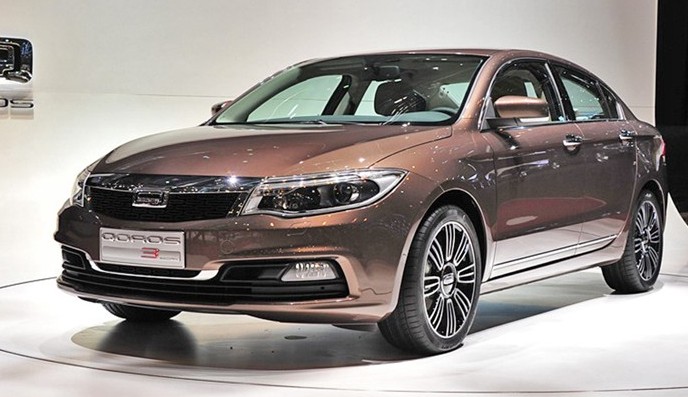 The Qoros 3 Sedan has been launched on the Geneva Motor Show and presented it once again at the Shanghai Autoshow 2013, alongside the the Qoros 3 Estate Concept and the Qoros 3 Cross Hybrid Concept. The Qoros 3 sedan will be launched on the Chinese car market in the second half of this year, priced from 200,000 yuan.

Qoros is a brand of Chery-Quantum, a joint venture between Chery Auto of China and Quantum LLC of Israel.

Infotainment system based around a large touch screen, with connectivity for iPod and other fancy phones. Flat-bottomed steering wheel is very sporty. Hand brake close to driver’s leg for hardcore rallying in town.

By far the best design from any Chinese automaker so far, and a brand that can seriously threaten the Europeans on their own land. May there be battle! More on the other Qoros cars soon.

Below you may find a summary of Great Wall Auto and my personal rating from the Shanghai Autoshow 2013:

Be the first to comment “Qoros – A High Potential” Cancel reply